How to Be a Better D&D Roleplayer

If you can, always support your local game shop! If that isn’t a good option, we regularly partner with companies we believe can help. Some of the links in this post may be from our partners. Here’s how we make money.

So, you’re looking to be a better roleplayer for D&D? We get it. Being a first-time role player in any tabletop setting can be intimidating. There’s a layer of vulnerability and intimacy that most people are not used to showing in a group. Social anxiety aside, there’s also a disconnect between the player and their character.

With this guide, we’re going to close that gap and give you a better roleplaying experience overall. To do that, we’ll be focusing on the following:

There aren’t many wrong ways to roleplay, but there are enough that getting the basics figured out early will make a big difference, not only for you, but for your party as well. You’ll learn how to be a better role player in no time!

Great roleplaying starts when you initially create your character. If you create a difficult character for you to roleplay, you’ll struggle the whole campaign. So how do you create a great character to roleplay? It’s best to start by defining a great personality.

Personality is the most significant part of roleplaying. That makes it the best place for us to start.

There are unlimited options when it comes to boiling down your new personality. Having too many options can make it hard to decide so, so let’s look at some creative ways to make those choices easier.

Picking a trope from a favorite character is another excellent option. You can be the blundering hero, a bashful glass cannon, or the fierce brute who smashes everything in sight. Write down what makes your favorite tropes so enjoyable and incorporate them into your roleplaying. Whatever you pick, just be aware that taking it to the extreme may hinder your party’s ability to have fun.

Finding the proper role (class and personality) within the party is another great way to look at roleplaying. Does your party have an arrogant overpowered barbarian? Maybe it’d be fun to have two or have something that compliments them. Discuss with your party before session zero to get a better pulse on the dynamics.

Close your eyes and imagine your character in a scene. Capture all of the senses. Get down to what your character smells like! Imagine hearing them talking in a room.

You can even draw a picture of your character in action. Do they have a scar on their cheek? How did it get there? Do they have long braided hair that’s part of their culture? Maybe they’ve got a unique item that was given to them by a mentor.

It doesn’t matter how you imagine them, but the more detail you get, the better your roleplaying will be.

Once you’ve created your character, now it’s time to become the character during a session. I highly recommend the forms of practice we’re about to cover. The more you know your character and practice being that character, the easier roleplaying will be.

The sooner you start roleplaying in a campaign, the quicker it locks into place. Having a character switch gears partway into a campaign is jarring for everyone and can cause uncomfortable and unnecessary growing pains. Starting with roleplay gives you that much more time to practice. Things might feel awkward or out of place, but that’s ok. Being a little uncomfortable is just an indicator that you’re entering immersion.

Be in the Moment

Playing D&D as another person is a great temporary escape from reality. If you let it, the stress of life can easily creep into sessions and ruin the fun. Practice enjoying what’s happening in the present for what it is.

As best you can, leave your worries at the door and enjoy your time with friends. If you’re worried about everything outside of the game, you’ll have difficulty interacting with other players naturally.

During a session, some of the best moments come when two (or more) characters create a story together. I’m not saying to force these interactions, as they should come naturally, but they really should occur. Take the time to have a cross conversation. Tell your party about your story. You can even bring them along!

Remember, your character does not exist outside of the things you’ve said about them or the interactions you’ve had with your party! The more you talk and interact in character, the better!

Alignment is tricky, and we have to be careful how we operate within alignments. Alignment describes broad terms about how players and NPCs interact within morality and ethical choices. Here are the alignments according to the Player’s Handbook:

Once you’ve picked an alignment, understand the following:

Once you have these things settled, keep them visible and read them often. Players often forget who they’re supposed to be and end up playing as themselves, rather than the character. Before acting, ask, “what would my character do?”

Bonds are the less flexible part of your character. The hills you will always die on. “I hate to see people suffer” would have you act against suffering. Make sure your bonds mesh with everything else. You wouldn’t want to “have a staunch sense of justice” then murder a town guard to steal his money.

Flaws are one of the most entertaining aspects of roleplay. They can be used to create hilarious or wholesome situations during play. I once had a character that collected teeth. Every time we killed something, I would ask, “…so…how many teeth are available for me to loot.” The dungeon master eventually made a merchant who traded with me for teeth. Interactions like this help fill the world out and bring a little color to your play.

Ideals get to be the broader picture of your character. They shouldn’t be as focused as the Bonds but more things like, “I’m a person of faith.” Then you act out of faith in others, belief in whichever deity you serve, etc.

Table manners need reminder and practice. Allow room for the other players to roleplay as well. Maybe someone’s story piques your interest, and you come up with a way to intertwine them. That’s great! You’ve just added more depth to two people, but don’t bulldoze the other players with the story you want to tell. An easy rule to apply is giving everyone a chance to speak for every action at the table.

Yes, the dungeon master is aware of how smart you are for realizing that he ripped something from pop culture somewhere. Making real-life references every moment of the session ruins the immersion. You’re supposed to be in Faerûn, not Earth. A good question to ask yourself before speaking, “Does this break character?” If the answer is yes and it’s not an appropriate time, you might just keep that hilarious joke to yourself.

Dos and Don’ts of Better Roleplaying

Everyone has pet peeves at the table. It drives me crazy when players constantly make real-world references to things going on during the session. Another irritant is players on their phones the entire time. Here’s a quick list of Dos and Don’ts that should cover the most common annoyances players and DMs have with each other.

Practice Away from the Table

Maybe you’re already a pretty good roleplayer and are looking to up your game even further. For those looking to go the extra mile in mastering roleplay, we have some suggestions you can try when you’re not at the table actively involved in a session.

Converse with your Character in your Head

This one sounds a little crazy, but I promise it yields results. Talking to your character in your head allows you to play around with the theatre of the mind aspect of D&D. Imagine how you would emote while speaking and practice vocal and bodily inflection. Consider the following:

Time to get into character. You may want to try this with nobody around the first few times as it can feel embarrassing if you’re not used to it. Walk yourself through how an upcoming scenario might go.

Have a broomstick or sword-shaped object around? Fence with invisible minions nearby. Have a boss encounter coming up? Imagine how you’d put an end to it (the dungeon master asks anyway). No matter what you decide, just be sure to have fun with it.

Check out some D&D Podcasts

Need inspiration for your character or just some good examples of great roleplaying? Check out a D&D podcast! Below are some great ones that should help you improve your roleplaying.

How to Encourage Roleplay as a Dungeon Master

Creating a comfortable environment for your players to have the liberty to roleplay is one of the most important aspects of being a dungeon master. As a dungeon master, running a campaign successfully can largely depend on your players’ roleplay involvement. We’re planning to write a full post on this soon, but in the meantime, here are three quick suggestions.

Still looking for more? We’ve got you covered. Below is a list of bonus ideas that were too good not to include, but they just didn’t fit neatly into the other categories. Hopefully, this inspires you to try other stuff that’s a little out of the box!

In summary, whether you’re a beginner or a veteran roleplayer, there’s always room for improvement. The better you are at roleplaying, and the more intimate you are with your character, the better your sessions will be not only for you but the table.

Ultimately, it’s about having fun and exploring another world with others. If you’re not having fun, likely, someone else isn’t either. Try the methods from this post before throwing in the towel. You will get better, and your next adventure will be your best one yet!

Rob has been invested in the gaming world since the first Nintendo Entertainment System came out. After being introduced to Dungeons and Dragons in middle school, he decided to grow his passion and a lifelong love for tabletops. His favorite part of D&D is watching players come alive as they learn how to play the game! 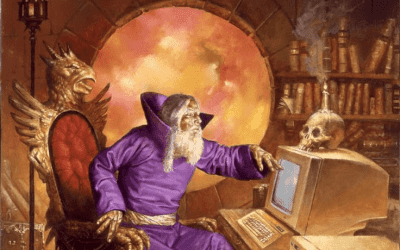 Dungeons and Dragons (or any RPG of your choosing) is a game best played around a table with your friends! Sometimes, unfortunately, that’s not an option. Be it distance, a global health crisis, or ease of scheduling,... 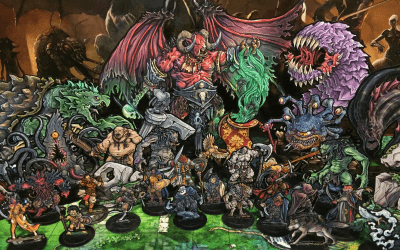 You’ve gathered your party, everyone with their exciting and unique characters sitting around the table. Every character gets to know each other, and the crew clicks; it’s like they were made to adventure together!... 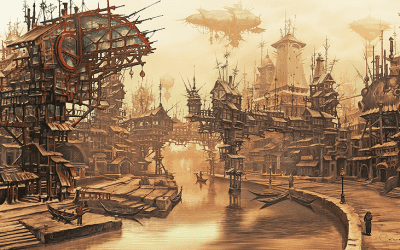 How to Do Steampunk in D&D 5e

The hiss of steam escaping a valve, a deafening grinding of gears, the whoop of a whistle, and this dirigible is aloft! The steampunk aesthetic is one of the most iconic in pop culture, and its ability to insert... 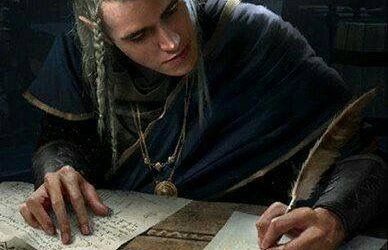 What D&D 5e Character Sheet Should I Use?

One of the most basic tools needed to start playing Dungeons and Dragons is your character sheet. This piece of paper has all of the information you’ll need to use your character’s attacks, skills, and abilities. But...

How To Price Magic Items in D&D 5e

You’ve just come back to town after a fruitful season of adventuring, and your pockets are stuffed with gold! What’s the first thing you want to spend it on? Okay, AFTER the drunken night at your favorite tavern. Magic...

13 D&D Forest Monsters for Your Campaign

You’re traveling through a dark forest, the tree line swallows the sun, and you could have sworn you’d seen that tree before. Your ranger assures you that your party isn’t lost. The trek should have only taken an...